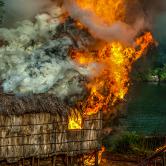 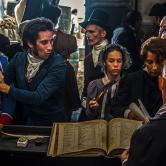 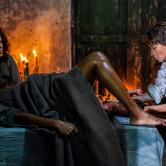 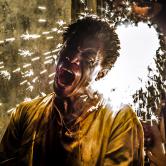 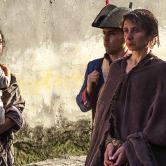 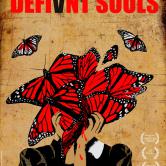 ONE ROOM WITH A VIEW

Gender-breaking drama set in the late XVIII th century, based on a true story of most scandalous trial of Cuban colonial history.

Enrique Faber, a Swiss surgeon, lands in Cuba in search for his son.

Being told that his son was killed during a slave revolt, Enrique, though questioning this account, decides to settle in Cuba to investigate.

His success as a doctor, his objections to slavery and his marriage to a local outcast woman incite the local colonial gossip and rumours spread.

One night, he comes across four men sent by a slave trader. They undress him and discover that Enrique is a woman. Enrique is thrown into jail, tried and convicted for wanting to accomplish that which men around her so freely could take for granted.