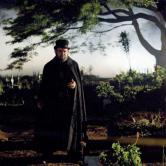 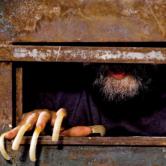 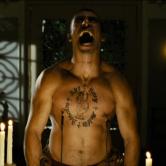 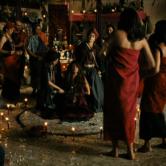 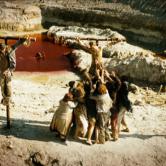 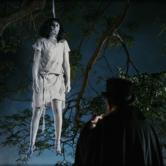 "Coffin Joe's visage carries that kind of quality that only cinema legends have." TWITCH FILM

"Original, and so extreme, it's certain that you're not likely to see anything quite like it anytime soon." DREAD CENTRAL

"A must-see for all horror fans." CULT MOVIE FORUM

"Atmospheric and gruesome" SOUND OF SIGHT

"Still angry, still vehemently humanist, and still ready to blaspheme and belittle everything - from the Saints to the State, Coffin Joe has become even more relevant in the new century." POP MATTERS

"Coffin Joe is the original serial slasher that predates Michael Myers, Freddy Krueger and Jason Voorhees. He is truly immortal." BRUTAL AS HELL

Forty years after the two previous instalments of what became known as “The Coffin Joe trilogy”, and marking a return of the  legendary Brazilian writer-director-star Jose Mojica Marins to the role that established him as an Auteur of Horror, ‘Embodiment of Evil’ sees the villainous anti-hero gravedigger Zé do Caixão released from his shackles after decades incarcerated in a prison cell.

Accompanied by some of his followers, Zé take residence in a shanty town where he continues his search the perfect woman to bear his children and intent as ever on unmasking the political corruption and religious hypocrisy, no matter how extreme his modus operandi.

The vigilante brothers Captain Osvaldo Pontes and his brother Coronel Claudiomiro from the Military Police weary of Zé’s power to draw followers continue intent on persecuting him and accuse him and when they find a track of tortured and mutilated bodies.

Driven by tormenting visions, Joe is haunted by ghosts of his former victims and graphic hallucinations of a purgatory-like landscape filled with human suffering.