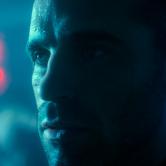 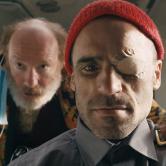 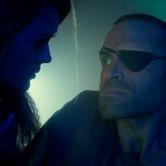 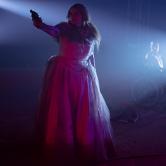 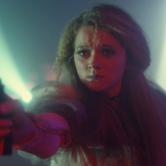 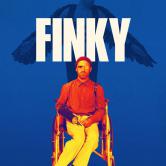 "A celebration of life, love, and death, and the transformative power of art" IRISH FILM & TELEVISION TIMES

"A fantastical Celtic odyssey that, for all its horror, provides a sense of tribal belonging" FILM FLEADH IRELAND

"Finky is a celebration of the Irish language… Memorable" FILM IRELAND

When struggling musician turned puppeteer Finky steals money from the wrong people, he flees Ireland with his best friend in tow. Landing in Glasgow he bids to start fresh.

But when he is involved in a car accident and bound to a wheelchair, his life suddenly takes him down a very strange path where the lines between fantasy and reality become increasingly blurred.

Finky soon realises that sooner or later you have to face your demons, even if you don’t want to. Director Dathaí Keane crafts a wonderful story that examines life, death and dealing with the past.